Almost everyone uses GPS nowadays. It’s in our phones, smartwatches and so much more. It’s even used for many things we don’t even think about such as metadata in pictures we take.

It is a vital part of technology now, but how does it work?

GPS (Global Positioning System) is a network of 32 satellites (as of February 2016) that orbit the earth. Without obstructions, there are always at least four satellites ‘visible’. These satellites transmit information at the speed of light about their position and the current time. The signals are then picked up by your GPS device, e.g your phone, and uses a formula involving the speed of light, the positions of the satellites, the time the signal was sent and the time now. This allows the satellites to calculate where you are and is known as Trilateration.

The image below shows the satellite’s circles of calculated potential locations and the red dot shows the position found using information from all three satellites. 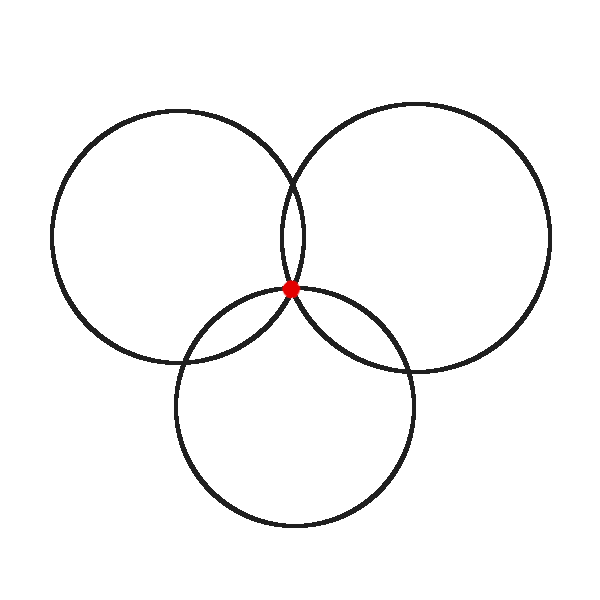 Made by Euan Mason to explore the great unknown, everyday enigmas